Co-working has become hot news of late and why not?

New immigration system: what you need to know

The UK has introduced a points-based immigration system.

Preparing for the Customs Declaration Service

Find out what you need to do to prepare for making declarations on the Customs Declaration Service.

Online Business Set-Up: 5 Tips to Help Your Website Rank in the UK

If youre setting up a new online business, having a user-friendly website and sound SEO strategy thats tailored to your target market is important. And if youre targeting British consumers, there are a few SEO boxes you can tick to ensure you rank well on UK-based searches and drive the right traffic back to your website.

Check if youre established in the UK for customs

Find out whether you're established in the UK for customs purposes.

What UK goods vehicle operators need to do to carry out international road haulage.

Co-working has become hot news of late and why not?

The chance to work in well-designed offices, in amazing locations, at relatively low prices  what is not to love? And the rise in co-working spaces coincides with the rise in the number of self-employed workers across the UK. 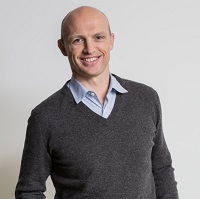 Matt Dawson won the Rugby World Cup in 2003 with England and has a successful media career presenting for the BBC. He is now forging a new career in business, first with food and facilities group Sodexo and now with The Instant Group.

Matt talks to us aboutthe rise of co-working and his transition to working more regularly from the office environment.

Since the last recession many people have decided to become consultants, one-man bands, project workers etc. Call them what you will  the official term is contingent workers  but they are growing and I suppose I am now one of them as well.

So many of us work in different locations throughout the week with different sets of people. And this means adopting a different MO in each location, remembering different names and generally getting on with people!

In my rugby career, I was lucky in that I only ever played for two clubs  Northampton and Wasps  but I did have to get used to different set ups with the England rugby team and, of course, with the Lions.

And these changes over time did leave me with some valuable lessons, which I try to put into practice now.

I have learnt so much fromevery professional environment I have been in and continue to do so.

Back with the Lions in 1997 it was a real eye opener to go from the England team to the Lions team with players from across the UK and Ireland. And guys who only the week before I had been competing against. But those six-week tours taught me so much in terms of learning from those around me and asking them questions to improve my game and change my habits. Sharing strategy, techniques and bedrooms, it was a totally different environment to be thrown into. Even though it was an elite environment, the success was built on everyone contributing and having the ability to add value to overcome a significant challenge.

Number 2: Learn when to keep quiet!

This has always been a hard one for me (!) but even more so now in my business career. There are a lot of people I work with who have been in the industry for a long time and know the office market like the back of their hand.

As I have noted in previous posts, a second career can provide lots of challenges but also the opportunity to gain a lot of experience in a short period of time. From being a leader on the rugby pitch, where my role was to be the liaison between the backs and forwards and the ref, I now sometimes find myself in a different role of learning from those around me and getting my head down. Sometimes less chat has a positive effect by drawing out more intelligence from those around you.

Number 3: Every office has a different culture.

Having never spent much time in an office to two or three days a week now, I have learnt of the different nuances of the office and their particular moods.

For instance, Instant has a large sales team on the floor, and when the end of the month is nigh and the calls are being made the buzz is noticeable and seems to inject the whole office with life. In many ways this is no different to match days  leave the forwards to contemplate the physical challenge ahead while the backs play cards or joke around!

It is always a good idea to soak in the culture of the office space you are in, whether it is contemplative, buzzing or silent  each atmosphere has its virtues depending on what kind of work you need to get done.

As co-working and flexible working grows  and I have no doubt they will  then we are all going to have to get used to fitting into different environments. The analogy I would use is treat each space like a dinner party with people you dont know  ask questions from the outset to your fellow guests, dont talk about yourself and, as the courses progress, bring other people into the conversation!