How you import from and export to Japan.

Looking for a new start this year? At Charterhouse Lombard we put together the best offers from free zones around the country to find the right match for you.

The groups were established in July 2020 to meet the requirements of the Department for International Trades (DIT) trade negotiations.

Check the availability and any issues affecting the Customs Declaration Services. 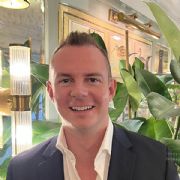 Every budget produces a few headlines as the Chancellor of the day announces his grand plan for the UKs economic future from the despatch box. 2021 was no different.

Set against the backdrop of the COVID pandemic,Rishi Sunak laid out a package aimed to stimulate investment to kickstart the UK recovery.

One of the centrepieces, a tweak to the capital allowance regime, was instantly dubbed a super deduction. In short, capital allowances let firms reduce their tax bill by more than the total cost of any investments, meaning they will be financially incentivised to make large purchases and invest in in growth.

To explain that in simple terms, under the new scheme, you canspend £10m on new equipment and reduce your taxable income by £13m.Its certainly something worth thinking about for growing firms that needto invest in technology, plant and machinery to keep things moving.

He said: Right now, while many businesses are struggling, others have been able to build up significant cash reserves.

Under the existing rules a construction firm buying £10millionof new equipment could reduce their taxable income in the year they invest by just £2.6 million. With the super-deduction, they can now reduce it by £13 million. Weve never tried this before in our country.

For their part, business groups were cautiously welcoming of the new scheme. Tony Danker of business lobby group CBI said: The super-deduction should be a real catalyst for firms to greenlight investment decisions. The boldness of the Chancellor on this measure is to be admired.

Its worth pointing out that there are some restrictions on eligibility. Under the scheme, anything ranging from IT equipment to new solar panels to a factory production line or new fork lift truck should be covered. However, equipment that youre planning to offer for rent is not covered by the main benefit, and neither are structures or buildings. Equipment that property landlords install in building theyre leasing out, such as air-conditioning, are also excluded.

You should also be aware that there is a time limit. The schemeruns from 1 April until 31 March 2023. The idea is that it will both encourage spending that you would have otherwise delayed and push you over the line with investment that you might never have done. After all, a 130% capital allowance could be enough to make you reassess the return youd get on that new bit of kit.

If youre in need of advice or support in this or any other area, were right here for all your needs. You can contact us for help from tax and payroll to accounting and banking.