Liz Truss announces technology and infrastructure tie-ups with India to boost both economies and help developing countries grow in a clean and sustainable way.

Moving Abroad For Work: How To Manage Your Finances

Relocating to a new country to start a business or get an exciting new role is an exhilarating process, but you need to make sure that youre fully prepared.

Secretary of State for International Trade, Anne-Marie Trevelyan, welcomes overseas investors and delegates to the Global Investment Summit in London.

Guidance for UK businesses on rules for selling services to Croatia. 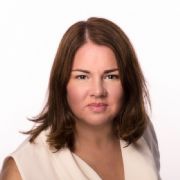 Ireland boasts a favourable tax rate of 12.50% for trading income. However there is also a 25% corporation tax rate which applies to passive income, such as in rental, investment income or foreign income from abroad.

The possibility of having the profits of an Irish company taxed at the trading rate of 12.5% is based on the company being incorporated in Ireland, being Irish tax resident and being managed and controlled from Ireland.

Generally the operation of a trade engaged in buying and selling of goods and services in Ireland can be considered as trading and the income in Ireland is taxed at 12.50%,

To correctly classify the income as trading, it is necessary to show that income generated by a company is derived from the activities of that company forming an integral part of its trade and are therefore regarded as part of its trading income included in profits as opposed to income derived from another source which may be passive unearned income to that company.

Even with pressure from the G7 and OECD to increase global tax rates, Ireland is still adamant that we must keep our 12.50% corporate tax rate in order to compete with other bigger and better placed countries. Ireland does not accept that a 15% corporate tax rate would be suitable for sustaining a competitive economy which is heavily reliant on corporate taxes from a small number of foreign multi-national companies, which are attracted into Ireland because of its favourable tax rates and incentives.

A trade carried on exclusively from abroad, which is managed and controlled from abroad and which has only foreign sourced income is taxed at the passive corporation tax rate of 25% in Ireland. However where the trade is carried on either partly or wholly in Ireland, is incorporated in Ireland and is managed and controlled from Ireland, then the company can be treated as having a permanent establishment in Ireland and based on case law and precedence, it would be difficult for the Irish Revenue to deny the 12.50% tax rate.

Ensuring the Irish company has the required substance in Ireland, is controlled and directed from Ireland and demonstrates certain levels of trading activity in Ireland is very important to obtain a 12.50% trading rate. Activities should be carried on in Ireland by an employee or Irish resident director, however expertise can be outsourced abroad and customers can be based either wholly or partly abroad.

The 12.50% corporation tax rate applies to Irish Trading income carried on by Irish resident companies. Trading is defined as every trade, manufacture, adventure or concern in the nature of a trade. This definition is considered broad and not very specific, therefore in order to ascertain if a company is carrying on a trade in Ireland, reference must be made to other sources of guidance provided by Revenue, such as:

Six tests are set out to determine if a company is carrying on a trade in Ireland, they consider the following matters:

1. The subject matter- What is being sold, is the company merely holding investments, is it selling a good or services to an open market;

2. Period of Ownership- Is the subject matter being been sold on-goingly or in their non-active holding periods involved where no trade is carried on;

3. Frequency of transactions - There should be sufficient frequency to demonstrate on-going trade;

4. Supplementary work- deliberate efforts from Ireland to obtain new business demonstrates there is an Irish source of income;

5. Circumstances for sale - the business infrastructure should be in place to operate the business;

6. Profit Motive - There should be a commercial realism that drive the activities of the business

Revenue are primarily concerned that a company has substance in Ireland which demonstrate that the business is being carried on in Ireland and is adding real value to the state exchequer. Revenue will typically seek the following information:

The substance of an Irish incorporated company will also affect the companys entitlement to claim Irish tax residence. In order for a company to defend against an assertion from a foreign jurisdiction that it is resident abroad, an Irish company needs to demonstrate that it is controlled and managed in Ireland. Control and management of the company should be in Ireland, involving a physical presence through having an office with appropriate levels of authority, skills and expertise to make decisions.

There are two cases that are identifying what constitutes a trade and when income is treated as trading income:

It should be noted that the operations of a company can be outsourced, however these outsourcing arrangements must be managed and controlled by Irish resident directors of the company

In order to enhance the substance of company in Ireland and obtain a 12.50% trading rate of corporation tax on its profits, we would recommend that the following be considered as requirements:

If you require any assistance or advice about with setting up a company in Ireland, please contact us at info@TaxTalk.ie or by calling us 00353 1 9010303