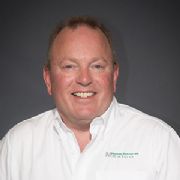 1.) Are independent contractors legal in Mexico?

An independent contractor relationship is defined by exclusion of an employment relationship.

Thus, a valid independent contractor relationship with an individual is determined by the lack of subordination rather than by a certain job.

A service agreement with an individual sales person will always be considered an employment relationship except if the sales person only intervenes in isolated operations, regardless of the title of the agreement (Unless certain circumstances are met.)

2.) Can foreign companies engage in a service contract with a legitimate independent contractor in Mexico?

Pursuant to articles 25 sub-clause VII, 26 and 2736 of the Federal Civil Code, foreign private companies are recognized as legal entities in Mexico and may enter into contracts for the purpose of reaching their corporate Goals.

3.) What risks and ramifications exists for a foreign company that hires a non-qualifying independent contractor?

The service contract with the NON-Qualifying independent contractor in Mexico would be null and void and the foreign company would risk a lawsuit.

Also, the foreign company is at risk of having a permanent establishment in Mexico (art. 2 Federal Income Statute).

The foreign company risks becoming involved in a labor trial in Mexico and having to pay accrued salaries and social security contributions for the entire duration of the relationship until the end of the labor trial.

Because the labor court may deny the capability of a foreign company to fully comply with its obligations as an employer under Mexican law, any beneficiaries of the individuals services risk to be held liable as joint employees by a Mexican labor court under article 13 of the FLS and article 15-A of the Social Security Statute.

4.) WHAT IS THE ONLY LEGAL WAY OF HIRING AN EMPLOYEE IN MEXICO?

An employer must have the means to comply with all its obligations as an employer, including the obligation to register the employee with the Mexican Social Security Institute (IMSS) and pay social security contributions and profit sharing, to be fully recognized as an employer by the Mexican law.

Otherwise, any beneficiary of the subordinated services may become liable as a joint employer (art. 15-A Social Security Statute, art. 13 FLS).

Thus, the only legal way of hiring an employee in Mexico is through a Mexican entity or individual that is capable of complying with all obligations as an employer in Mexico.