Exporting to the Netherlands

Exporting to the Netherlands 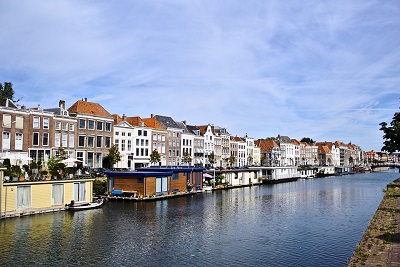 With a population of 16.9 million and GDP of USD 881.0 billion, the Netherlands stands as the worlds eighth most competitive economy as per the World Economic Forums Global Competitiveness Index.

It is the UKs third-largest trading partner and fourth-largest export market. There are over 400 British companies in the Netherlands right now.

In October last year, at the UK-Netherlands Innovation Showcase event, her Majestys Trade Commissioner for Europe, Andrew Mitchell said: The UK and Netherlands enjoy a rich history of trade spanning four centuries, but our two innovative economies are embracing the technologies that will ensure we share a bright trading future too.

The event gave assurances to those trading with the Netherlands that, despite the looming uncertainty caused by Brexit, the cooperation between the two countries on trade and innovation will continue.

According to UK Trade and Investment, current UK exports to the Netherlands are primarily in the following areas:

However, there is growing potential for business in the following sectors:

Why do business with the Netherlands?

There are several factors attracting UK companies to do business with the Netherlands. With over 90% of the population knowing English and it being an official language of the city of Amsterdam, the country can rightly be considered anglophone (over 75% of the population speak English). Also, with a similar culture and friendly relationship with the UK, the Netherlands is also very much anglophile.

Having an open economy and staying ahead in the fields of technology and innovation makes the Netherlands a lucrative market for UK businesses. Also, the legal framework is simple and transparent while the financial services system is highly sophisticated. The geographical proximity and excellent transport connections further strengthen the case for trade between the two countries.

Are there any key legal requirements?

EU nationals (including British nationals) do not require a visa to travel to the Netherlands. However, if you are staying for more than 90 days at a stretch in a span of 180 days, then you will be required to get a residence permit.

For UK businesses, it is easy to obtain customs licenses in the Netherlands because the process is very systematic and digitized.

To set up a legal entity in the Netherlands, there are three options available to UK companies:

The country is undergoing structural reforms, including open-ended contracts and tax cuts for low income groups to increase labour participation.

The tax system in the Netherlands has several benefits such as:

What are the challenges?

Because of its open economy, the Dutch market is very competitive so in order for your business to succeed amongst domestic and international players, you need to ensure you penetrate the market effectively. Having your website and marketing collateral available in Dutch can help you reach the local consumer more effectively. Use a professional translation company to ensure your messages dont lose context when translated from English to Dutch.

It also helps to have the initial discussions in English and before having your legal documents, including contracts, localised to build trust and strengthen business relationships.